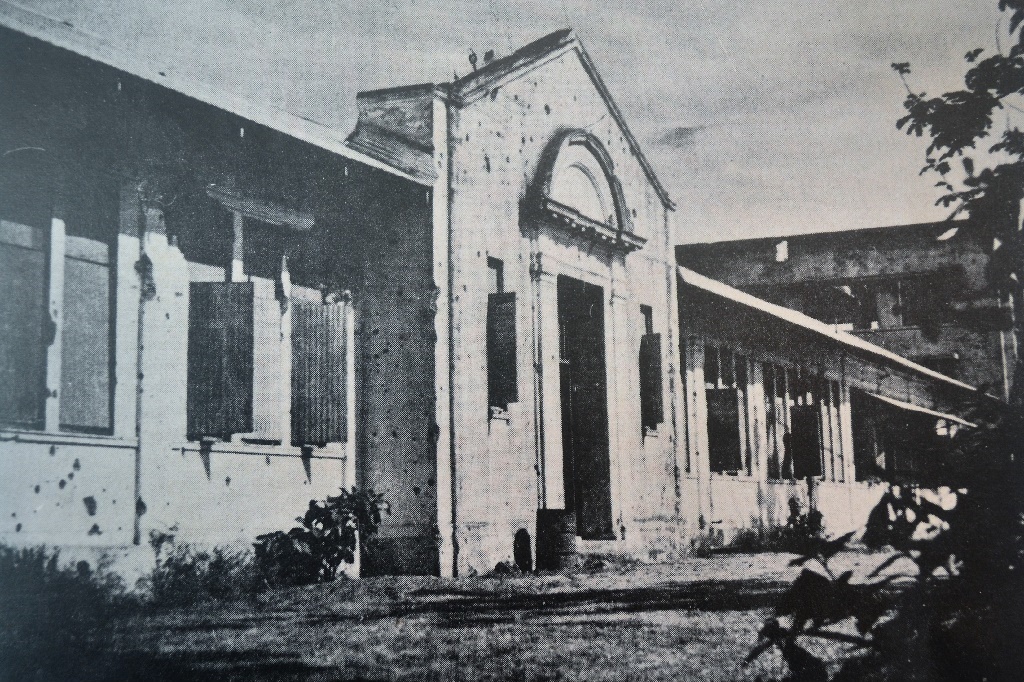 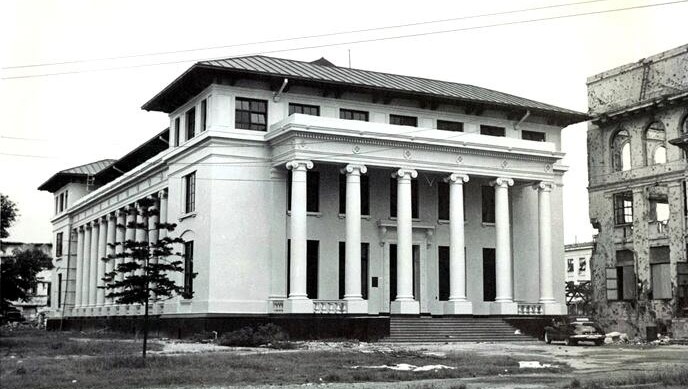 Rizal Hall on Padre Faura St., Manila in 1950 a few years before UP Prep moved in (openthedorr, wordpress.com) 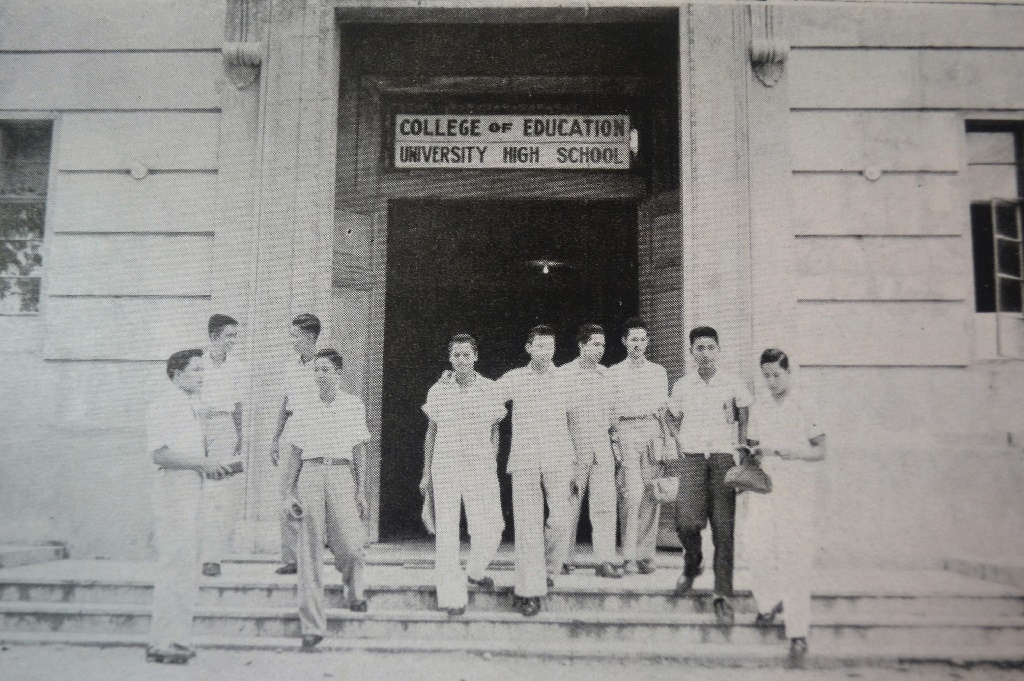 Entrance to the College of Education in Diliman, 1950 where UP High occupied the 3rd floor (Clarion '50) 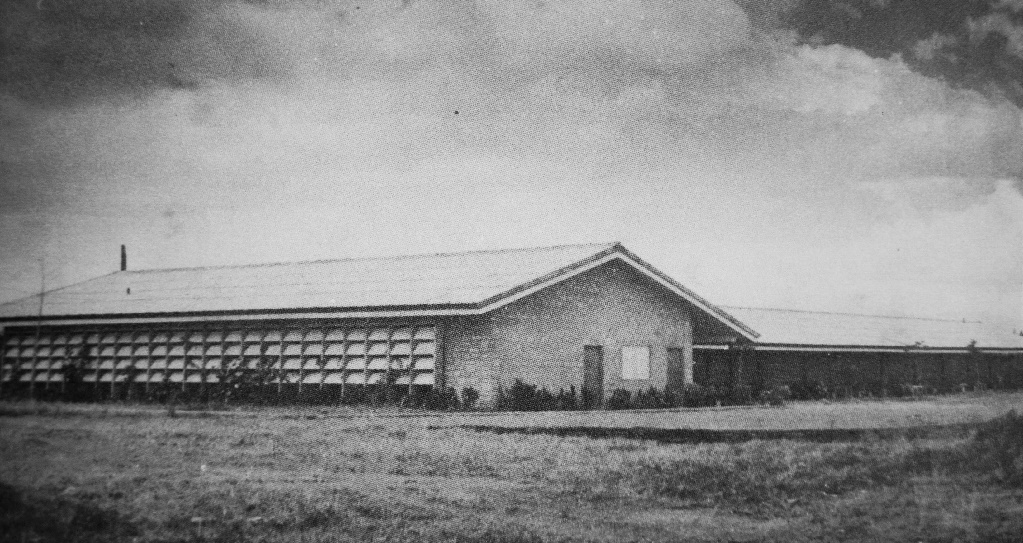 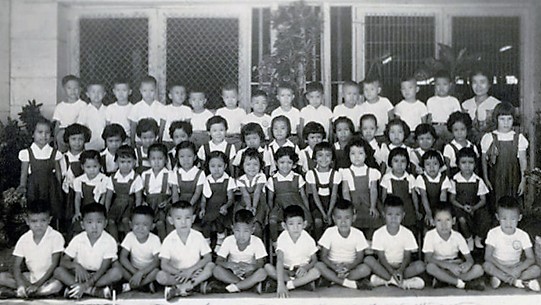 A UP Elem kinder class in 1959 - the original building used to be located at the present site of the Kalayaan Residence Hall. (photo courtesy of RLansang-Reyes) 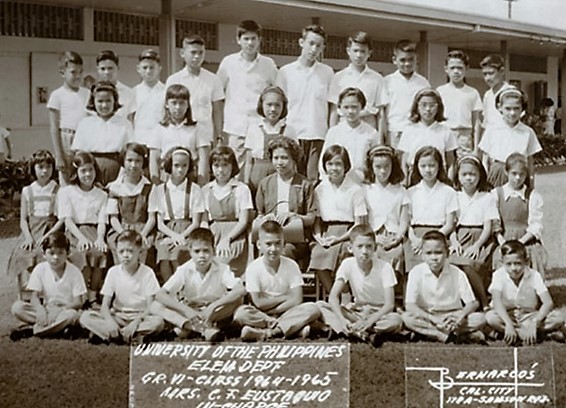 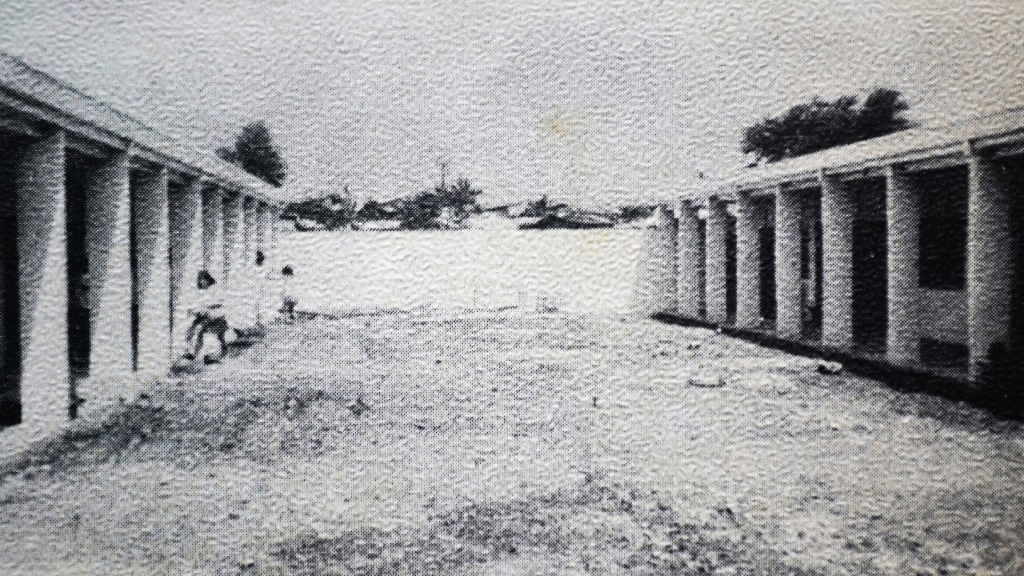 UP Prep's relocation site in 1973 (right beside UP High along Katipunan), later to be used by the K-2 Dept (Prepian '73)

UPIS' "New Building" along Katipunan, built sometime in the early 70's, demolished in 2013 (photo by RRamirez) 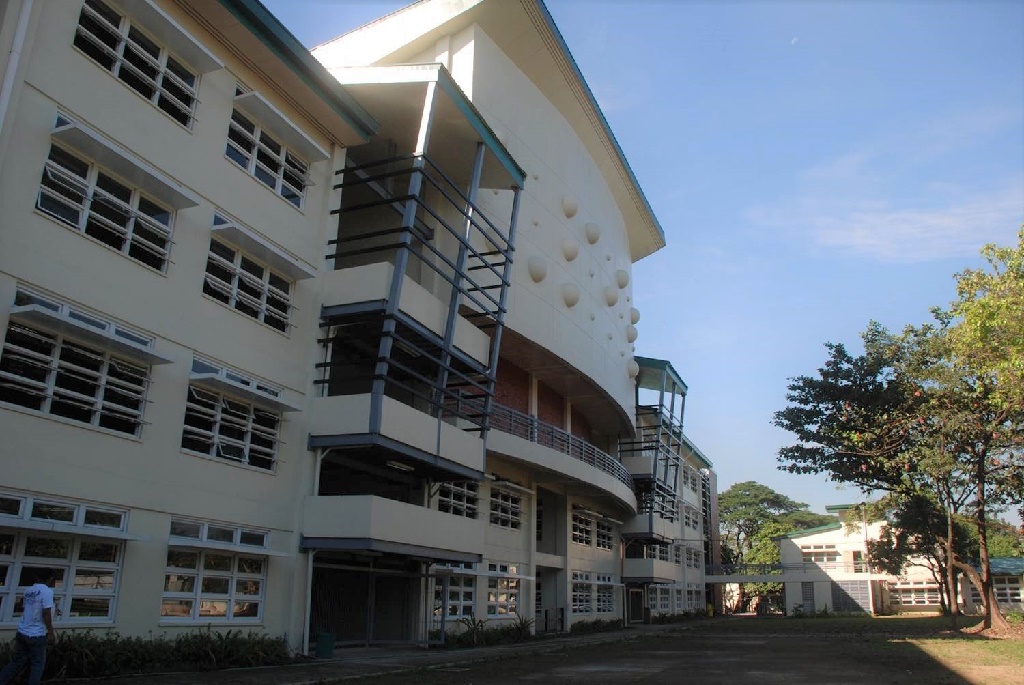 In 1916, under UP's first Filipino president, Ignacio Villamor, The University High School (a.k.a UP High School or UP High) was established to serve as a laboratory school for the recently established School (later College) of Education.

In 1924, after years of being housed in rented buildings, UP High finally got its own building, a two-storey structure on Isaac Peral St. (now UN Avenue).

In 1936, the UP Board of Regents (BOR) approved the opening of elementary classes to serve as an additional laboratory school for the College of Education. This marked the birth of the UP Elementary School (UP Elem). Classes were held inside the UP High building.

In August of 1945, UP reopened after shutting down for the duration of WWII. UP High's building was heavily damaged during the liberation of Manila. As such, classes were held in a less damaged building - the University's Infirmary.

In 1949, under then UP President Bienvenido Gonzales, much of the UP's colleges (Including the College of Education and its high school) started relocating to a much larger campus in Quezon City which Congress declared as the country's new capital in 1948. UP High occupied the 3rd floor of the College of Education building as well as a nearby Quonset hut.

That same year, President Gonzales re-established the UP Elem with the additional function of providing school facilities for children of University personnel residing within the campus. It was housed in a (temporary) structure where the Kalayaan Residence Hall now stands.

In 1953, UP High started to move out of the College of Education into its own building on Katipunan Avenue. The building in question is referred to as the "Old Building" by UPIS Katipunan Alumni.

In 1954, under then UP President Vidal Tan, a second high school (this time with a college preparatory curriculum) was established. This "University Academy" was named the UP Preparatory High School (UP Prep). It was housed in Rizal Hall on Padre Faura St. which was previously occupied by the College of Liberal Arts and the School of Education and now houses the Supreme Court.

In 1972, with a redesigned curriculum (increased emphasis on its electives program), the UP Board of Regents renamed UP High to the UP Comprehensive High School.

In 1973, and with increasing college enrollment in Manila, UP Prep was moved out of Rizal Hall and into a prefab-looking one-storey building right beside UP High along Katipunan. The building was subsequently used by Kindergarten classes.

In 1974, in an attempt to streamline the University's organizational structure (i.e. merging of units with similar programs), the BOR ordered the merging of UP High and the UP Prep into the UP High Preparatory School. In May of the same year, the BOR renamed the "hybrid" to the University High School.

In 1976, the University High School and the UP Elementary School were merged into the UP Integrated School (UPIS). Unlike the previous merger, this one emanated from the ground up via a concept paper submitted to the BOR by the faculty of both institutions. High school students were relabeled Grades 7 to 10 students.

In 1978, a new two-storey building was added to the UPIS Katipunan campus to address its growing population. Decades later, people still refer to it as the “New” Building.

In 2001, in response to a series of orders from the Commission on Higher Education (CHED) regarding enrollment in basic education units of state colleges and universities, the BOR decided to limit Kindergarten admissions to 100 students and temprarily halt lateral admissions at Grade 7. In the 80's, UPIS had around 9 sections per batch. At present, there are only 3 sections per batch.

In 2013, UPIS (Grades 7-10) moved into its new building at the previous site of the Narra Residence Hall. The building was built/donated by the Ayala Corporation as part of a deal with the University to turn the old UPIS Katipunan campus into a sprawling mall (a.k.a. UP Town Center) under a long-term lease agreement.

2016 marks the centennial of UP High and consequently, UPIS. A year before, a centennial committee was established (mostly members of the Alumni Foundation) to plan and oversee all centennial related activities. The committee came out with a logo (designed by Marites Falcon, UPIS Batch 1984) which will serve as the school's alternative logo/seal for the entire year.