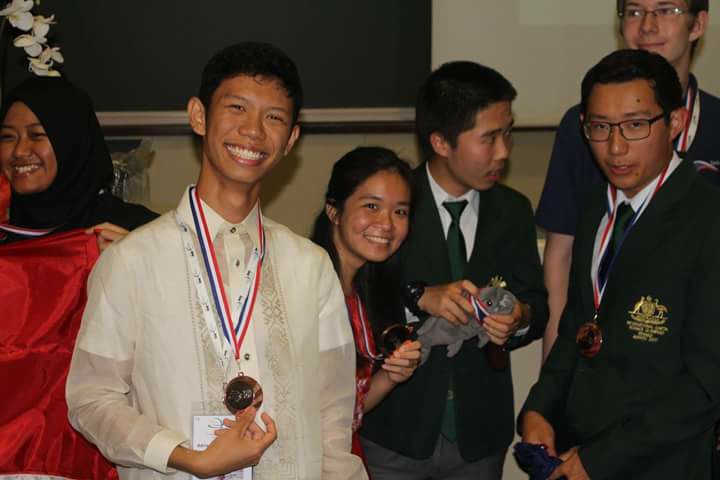 UPIS Grade 12 student, Adrian Jeremiah Bornilla,took home a bronze medal from the 11th International Earth Science Olympiad in Cote d’Azur, France held August 21-30, 2017. Bornilla also received a gold medal as part of the winning team in International Team Field Investigation category. Bornilla was one of a four-person team fielded by the Philippines. The other three students were from the Philippine Science High School System. [AJCOcampo] 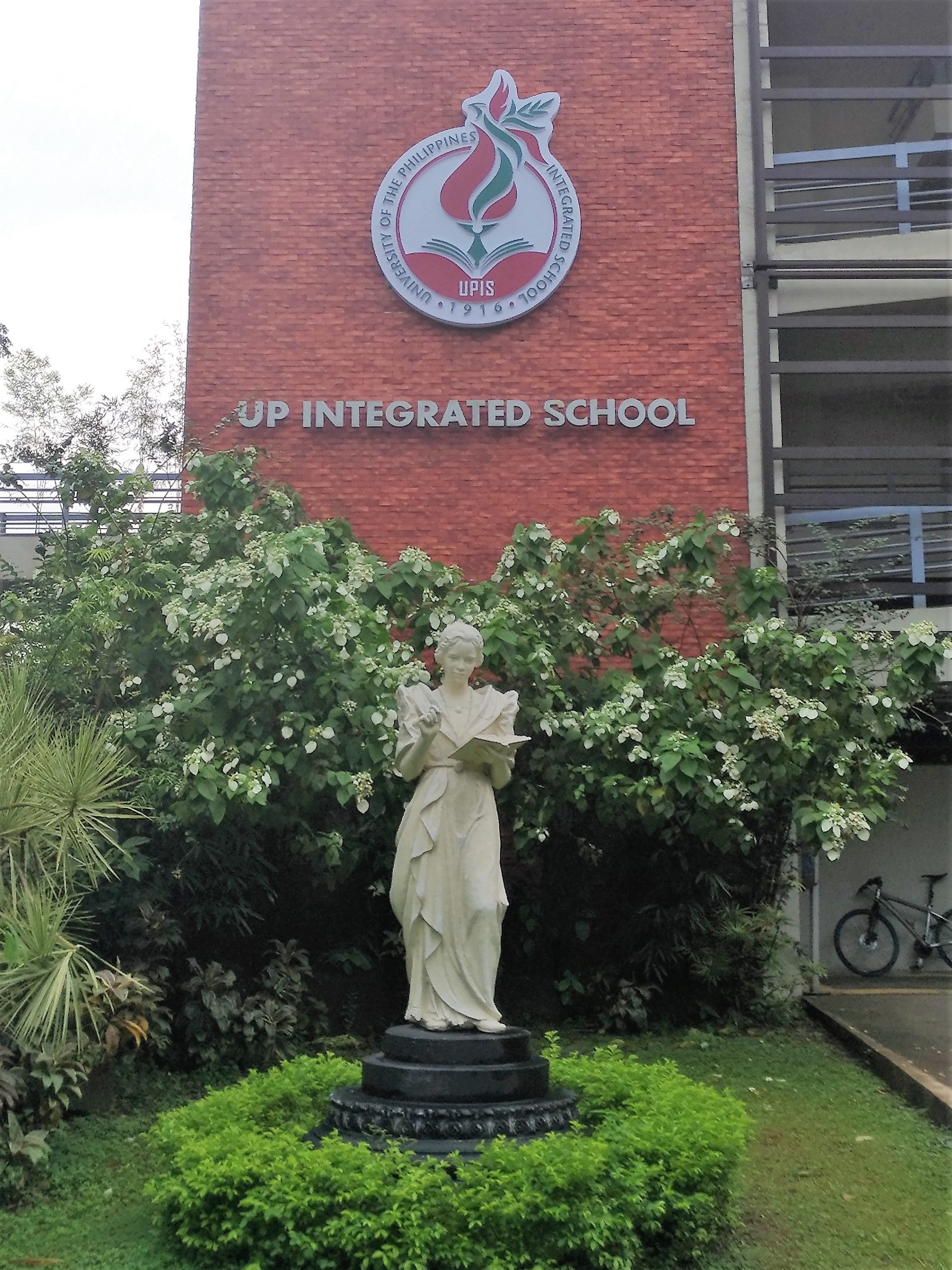 The new UPIS seal was recently installed on the facade of the Grades 7-12 Academic Building. The seal was designed by Ma. Teresa M. Falcon of UPIS Batch'84 (the same designer of the UPIS Centennial Logo) and was announced via a memo/letter to the community from Dr. San Jose (Principal) last March 14, 2017. The redesign was in response to the UP Technology Transfer and Business Development Office observation that the original seal (used since 1976) was too similar to the University Seal. [AJCOcampo] 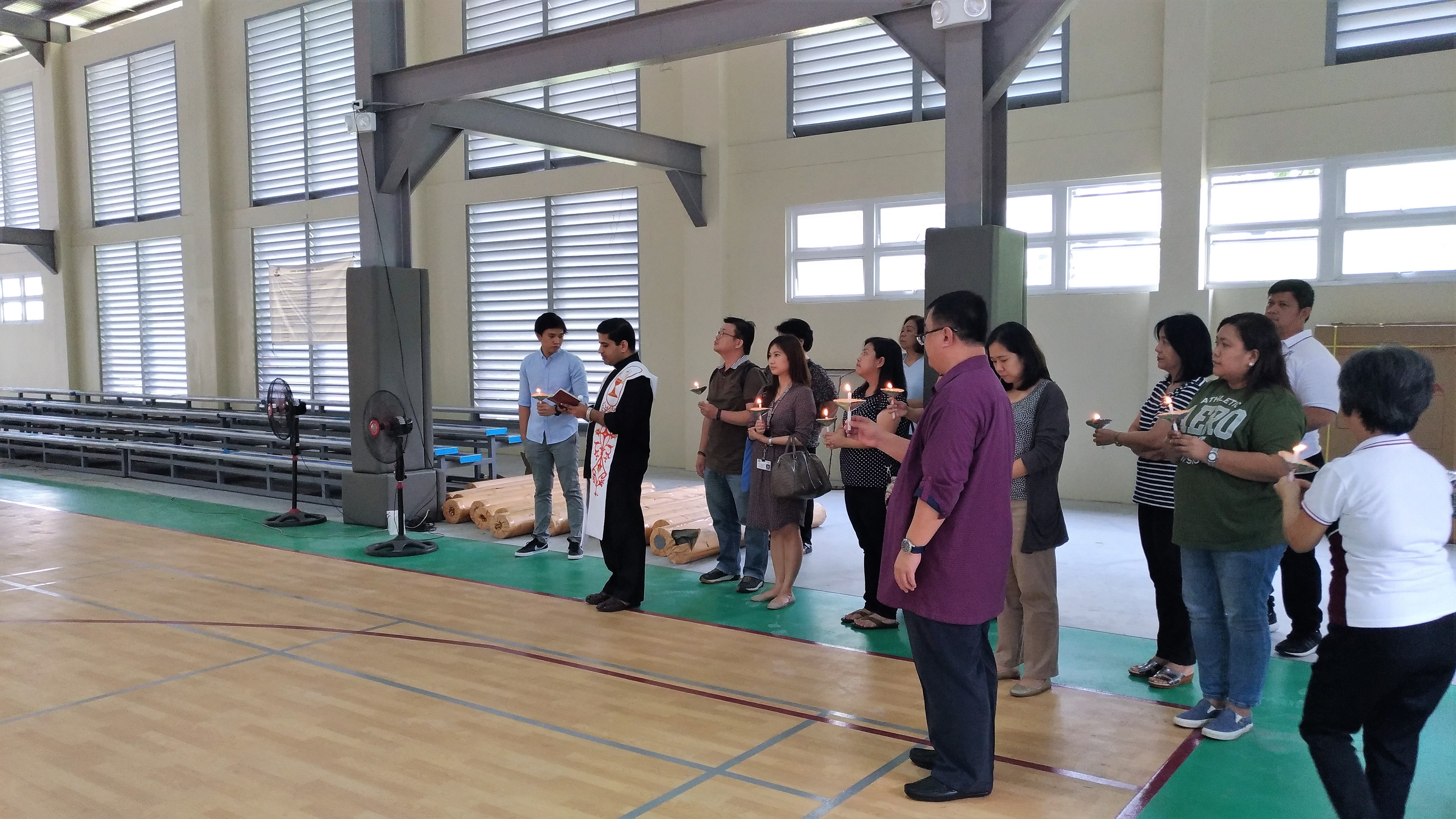 The recently completed UPIS Gym was blessed in simple ceremonies today, officiated by Fr.Joseph Kadappuran from the Parish of the Holy Sacrifice. The gym is scheduled to be used tomorrow for a student assembly hence the hastily arranged blessing. A more formal launch will be held sometime within the semester.

The gym was constructed through national budget allocations sponsored by Sen. Francis Escudero (UPIS '85) and Rep. Sonny Belmonte. Funds for the gym's furnishings (scoreboard, ventilation, and audio system) came from the proceeds of the Centennial Run and donations from UP High Class of 1962.

Also blessed right after, was the new dining area of the Grades 7-12 Canteen. Funds for the canteen expansion came from the proceeds of the sale of the UPIS Centennial Coffee Table Book which is still on sale. [AJCOcampo] 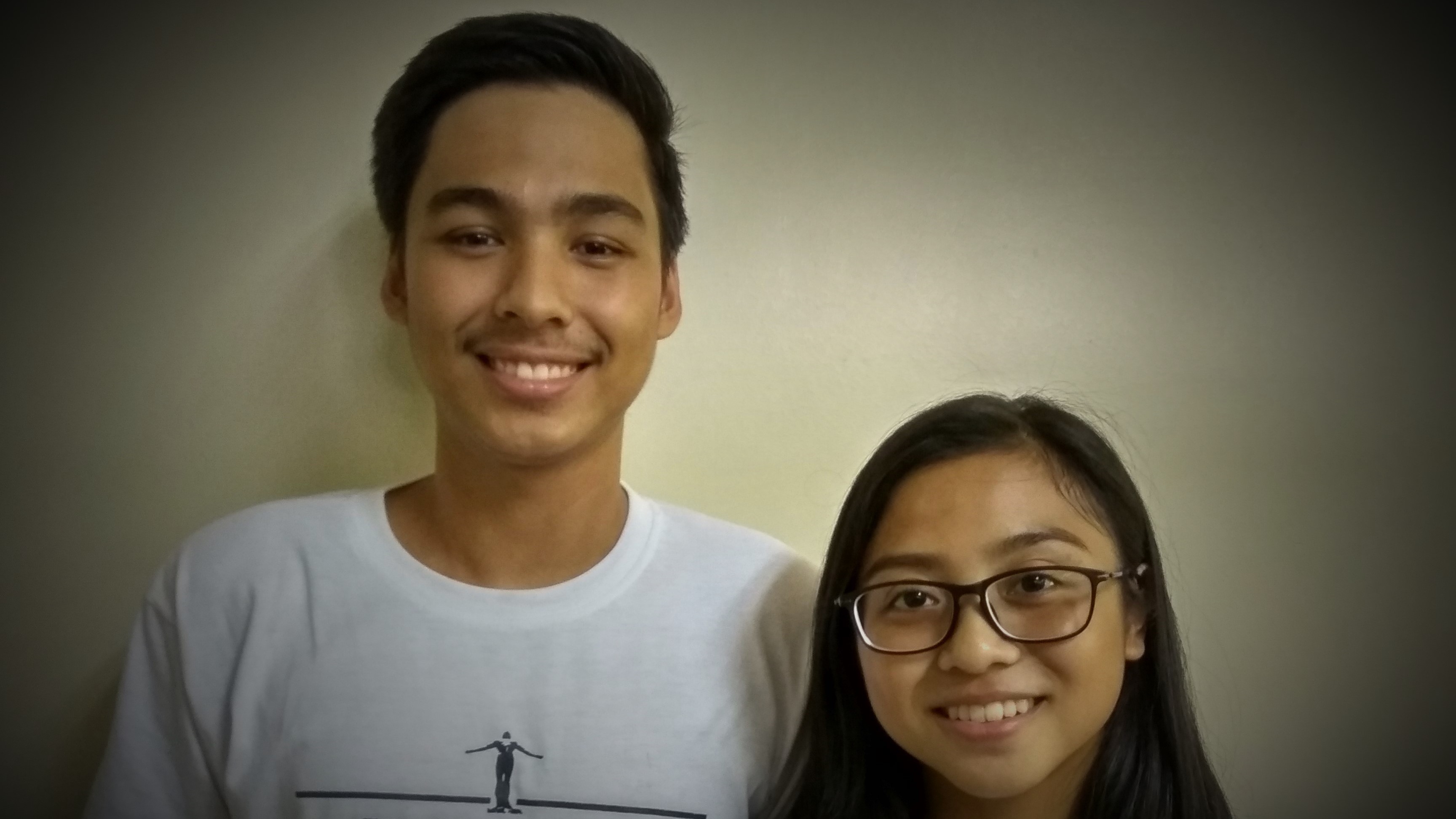 Three structures are currently being rehabilitated or are under construction and expected to be ready for use in the coming school year - the Gym, the Auditorium and the Bulwagan. The gym's exterior is almost complete and the flooring will be installed before the end of the month. Improvements in the auditorium (acoustics and risers) are still ongoing. The budget for new seats and airconditioning has been approved and will be up for public bidding. Rehab works on bulwagan started only this month and is expected to be completed by August. Discretionary funds from the office of Senator Chiz Escudero and Cong. Sonny Belmonte will cover the expenses for the auditorium and the gym. On the other hand, the University will foot the bill for the Bulwagan. [AJCOcampo & JLTacneng] 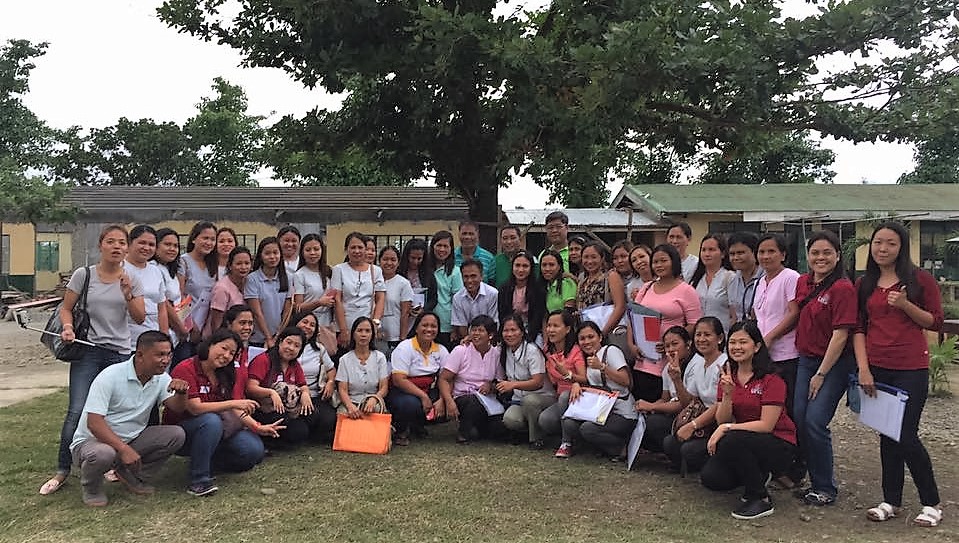 The UPIS Extension Services Committee conducted UPIS TEACH (Upgrading Instructional Skills of Teachers) III, a seminar-workshop on content and strategies, on January 11, 2017 at Calamagui Elementary School, San Pablo, Isabela. Participants were 50 elementary school teachers from 17 barangays in San Pablo, Isabela. Books and school supplies donated by students and parents, faculty, and staff of UPIS were brought to the school which was badly hit by typhoon Lawin in October 2016. [DGCaluag] 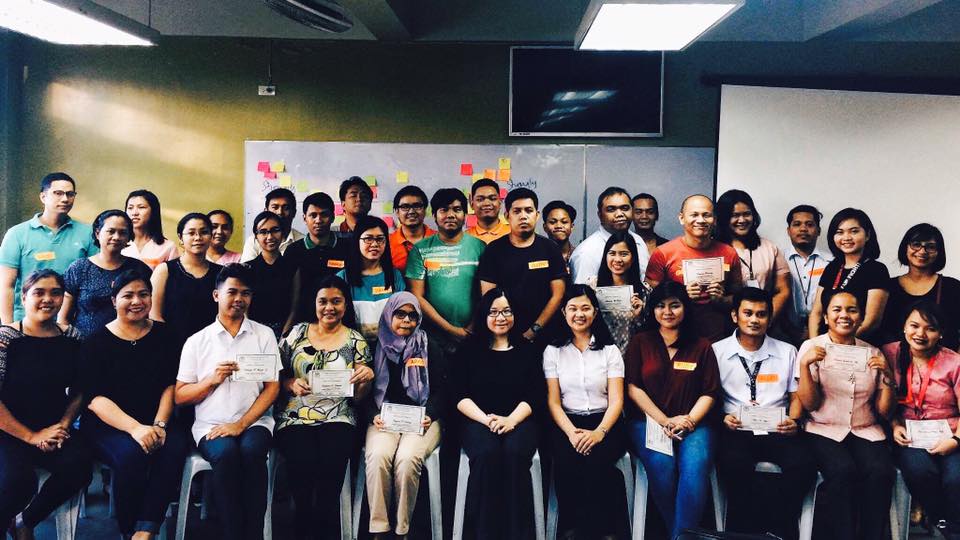 The UPIS Extension Services Committee and Social Studies Department in cooperation with the Organization of Social Studies Teachers in the Philippines held a half-day seminar-workshop on Discussion Pedagogies for Democratic Classrooms last November 21, 2016. Guest speaker was Dr. Li-Ching Ho who earned her doctorate in Social Studies Education from Teachers College, Columbia University and is currently an assistant professor at the University of Wisconsin-Madison. The seminar-workshop was attended by 27 private and public school teachers and some faculty members of UPIS. [AJCOcampo & CBAgcaoili] 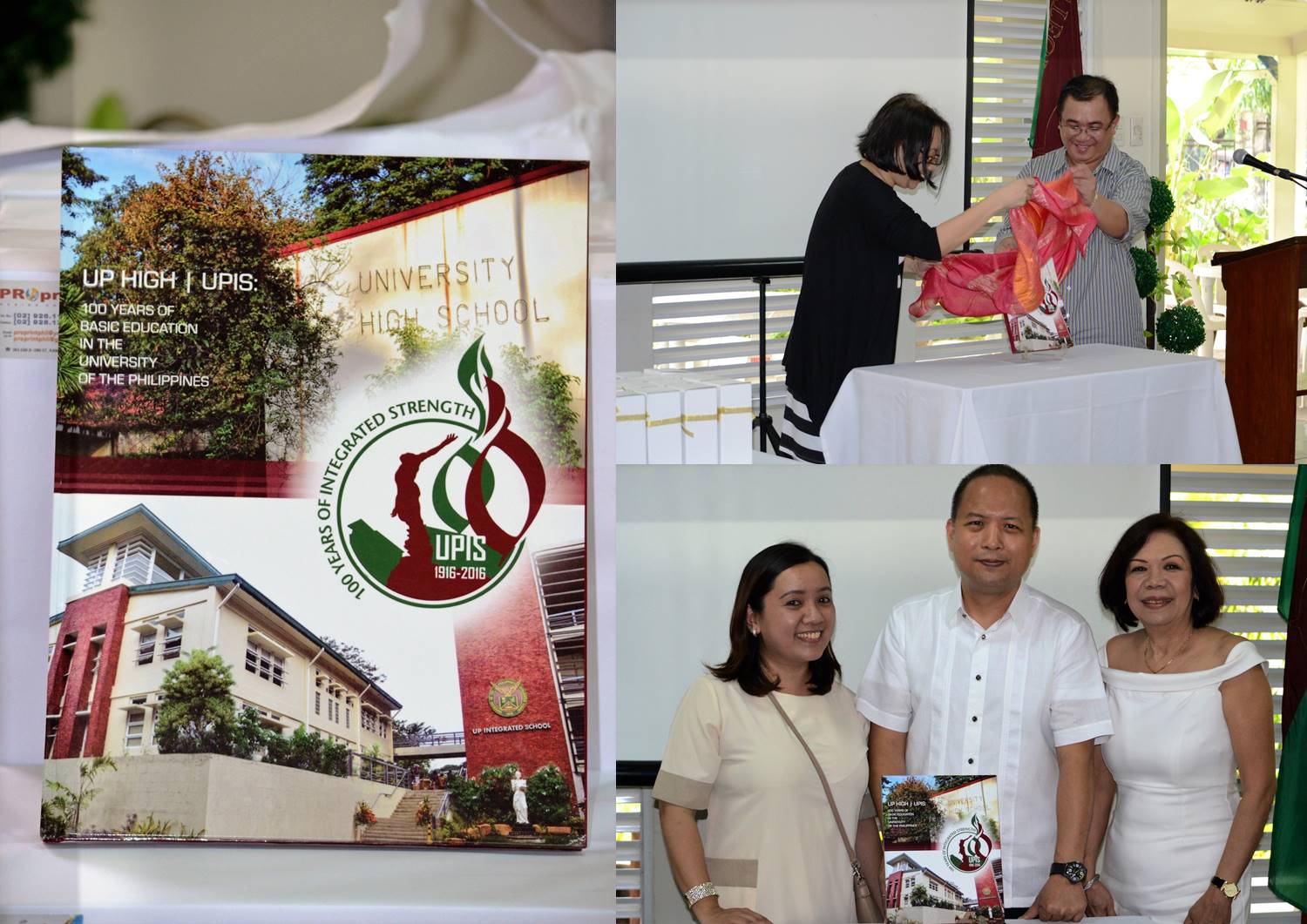 The UP High/UPIS Centennial Coffee Table Book was launched yesterday (5 September 2016) in simple ceremonies at the Narra Function Room. Entitled UP High / UPIS: 100 Years of Basic Education at the University of the Philippines, it narrates the 100-year history of UPIS through the personal experiences of 7 retired faculty and 37 alumni - the oldest of which was an alumna from 1934. Guests were Dean Therese Bustos, donors and alumni volunteers who were instrumental in the book's development. They were each awarded a complimentary copy of the book. The book is for sale at 1,000 pesos per copy at the UPIS Administration Office. For more on the event visit our facebook page.

Construction on the UPIS Gym started last May 26, 2016 and is expected to be completed in 5 months. The image is an artist's 3D renderings of the architechtural plans of the DPWH and MDC. Actual colors may vary. [AJCOcampo] 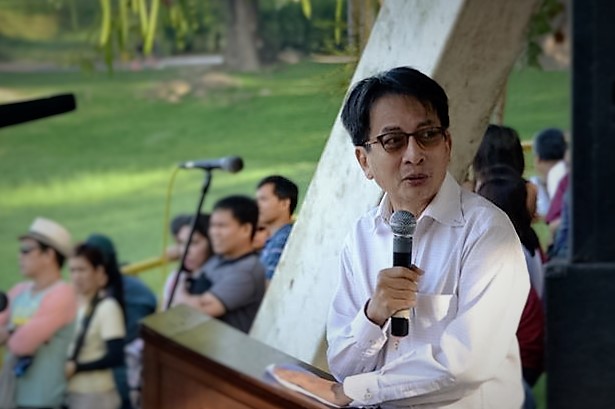 A Different Kind of School

I've learned as well through the years to identify UPIS graduates in my classes: They tend to be much more outspoken and articulate, with a calculated recklessness. At the centennial launch I ran into several friends from way back who I hadn't known were UPIS alumni. But remembering how outspoken they were, and still are, I thought, "No wonder." Excerpt from Chancellor Michael Tan's opinion column in the Philippine Daily Inquirer (22 January 2016). Read more here. 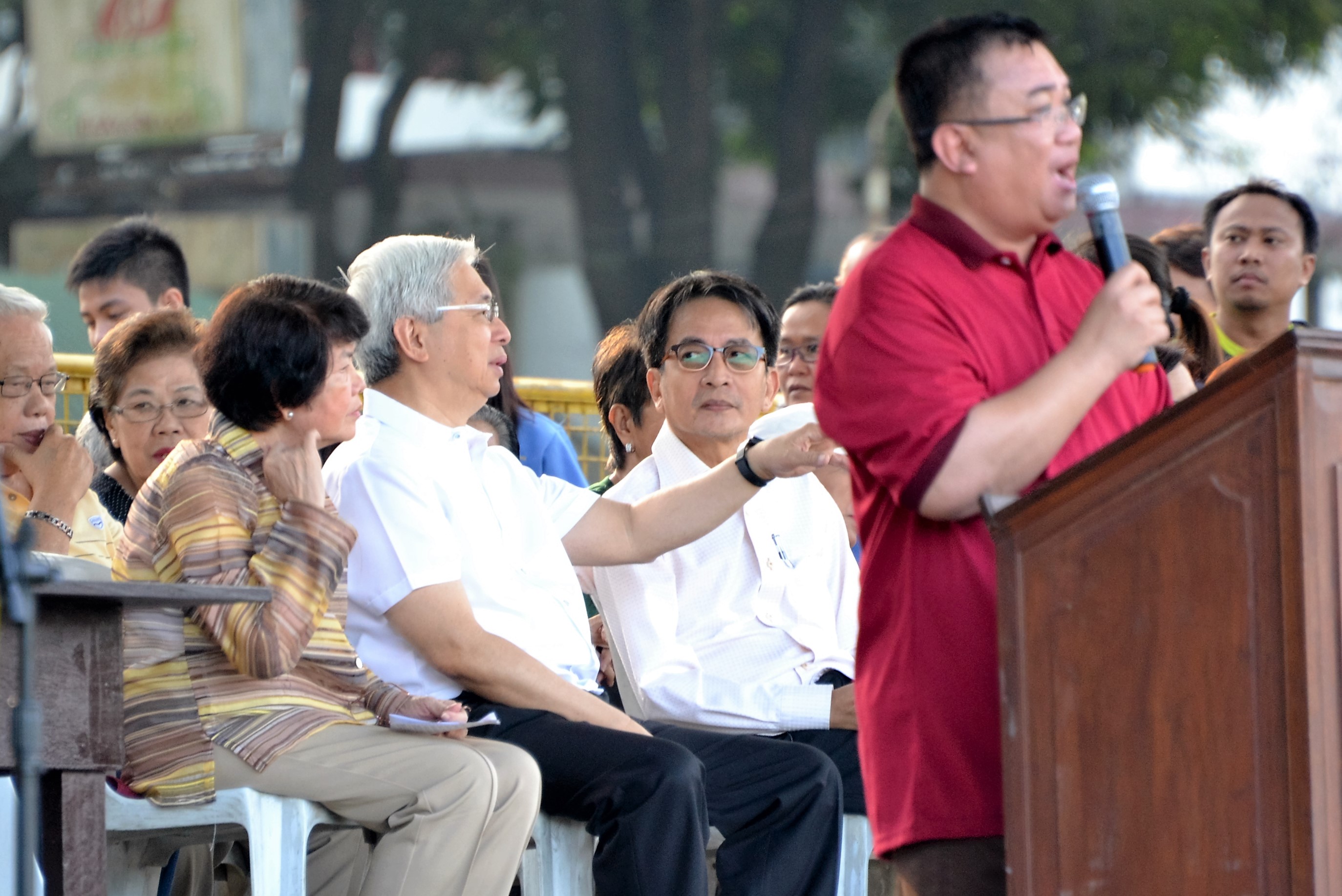 2016 marks the centennial of UP High, one of UPIS' progenitors. UPIS' other progenitors are also being remembered this year - 80 years of UP Elem, 60 years of UP Prep. UPIS (est. 1976) was the result of the merging of these schools. Last January 8, 2016 a parade was held around the academic oval to kick-off the year-long celebration. The parade ended with a program at the Sunken Garden. Guest speakers included UP President Alfredo Pascual, UP Diliman Chancellor Michael Tan, and Dean Rosario Alonzo of the College of Education. For more on the event visit our facebook page.